The performance IN_LINE was created on occasion of the performance festival "Kiss the Frog" at the National Museum of Art in Oslo in Norway June/July 2005. Starting point for IN_LINE was how to transfer the experiences from the performance installation Box with holes into a conventional theatre situation. Heine Avdal started from defining how an interface can become  in between spectator and performer. Which perceptual mechanisms occur in a classical theatre space where the performer stands on stage and the spectators are sitting their seats? From there he investigated how the spectators' perception can be transferred into matter.  Where in Box with holes the idea of an interface between spectator and performer is present in a very direct and sensorial way of touching, IN_LINE kept this idea of an interface but transferred it and developed it towards a more conceptual level. 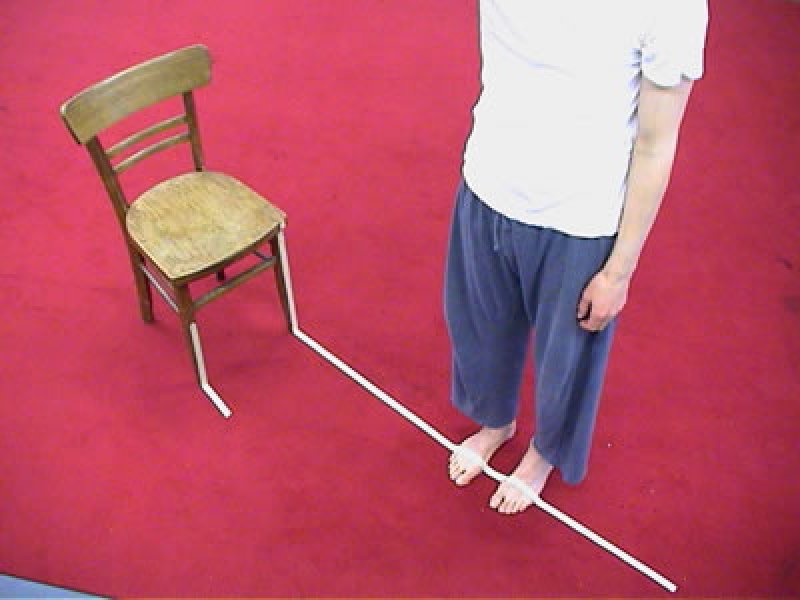