In terminal we view the body as a container through which signals or 'presences' can travel. They enter and leave the body. Signals are passing through the flesh. A presence charged with information. Only traces of these movements are perceptible. In this performance series we work with some of these traces, the effects of presences alien to the body.

The terminal concept manifests itself for instance in a dying person: medical equipment will still measure a certain consciousness in the shape of electrical impulses, whereas the body itself might already appear a dead object. Sometimes an alien presence seems to take over our nerve centre and a routine action degenerates into a nervous contraction of the muscles. The sound design matches this idea of a ghostly presence, by capturing, processing and recalling signals travelling through air, through rooms, or through bodies. Sound for this performance is developed through multiple digital processing of recorded software or system failures.

The terminal concept also implies that bodies can be compared with processing units, which calculate input-streams to be transformed into an altered output. The relation between eye and camera lens is predominant in terminal. The input of visual data is of the greatest importance in the human way of acquiring knowledge; it is a form of reality processing. In terminal the information processing of both machine and human glide along one another, they sometimes fuse together, they also break apart.

In addition: video material both from process and performance of terminal has been made into a short film that was presented in Argos film festival in Brussels in Belgium October 18th-26th 2002 and 1st FRAME-International Dance-video festival in Porto in Portugal October 18th-20th 2002, Rencontres internationales Paris/Berlin in Paris February 18th-28th and in Berlin in October 2003. 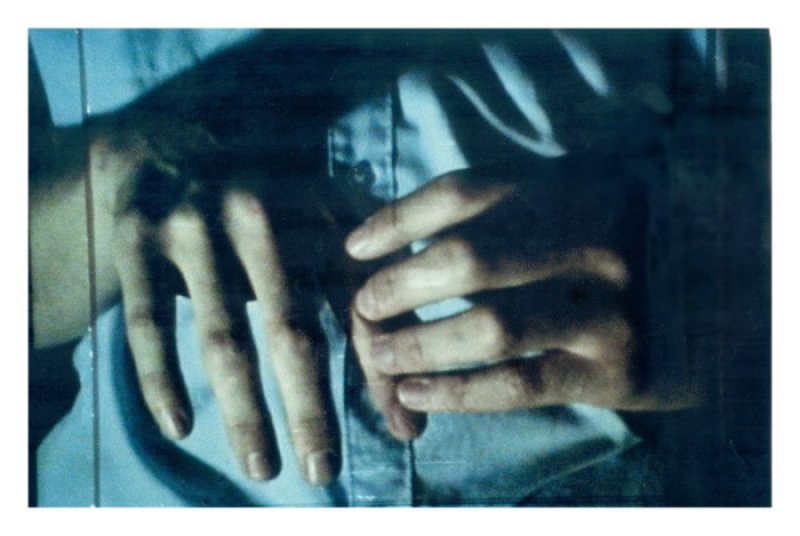