Some notes are was site specific and still it played in a theatre. Heine R. Avdal wanted to explore in what is specific to the site of the theatre. The performance space is involved in this production as it is: as a medium. All elements, which a performance contains, are equalised: the space has the same status as the performer, who shares the same status as the technician, who shares the same status with the screen and other objects. All these performance components are equivalent to each other, like nodes in a local network. Each of them can exchange information with any other. The space is in this performance an interface that connects the world of the spectator to that of the performer. Both explore the codes and conventions of the theatre while they are learning how to understand one another. Spectators had to deal with this space, learn how to interprete it in order to navigate. As if they need to compile their own user manual for this space.

Some notes are was also an accumulation of notes that have been collected over many rehearsals. In this work process the focus is on many notes on the network society, which we have been living in since the end of the last century. The levelling of power structures has served as an inspiration for this network performance. The production replicates itself. Actions and objects transform into other actions and objects until the interface between performer and audience starts shifting. 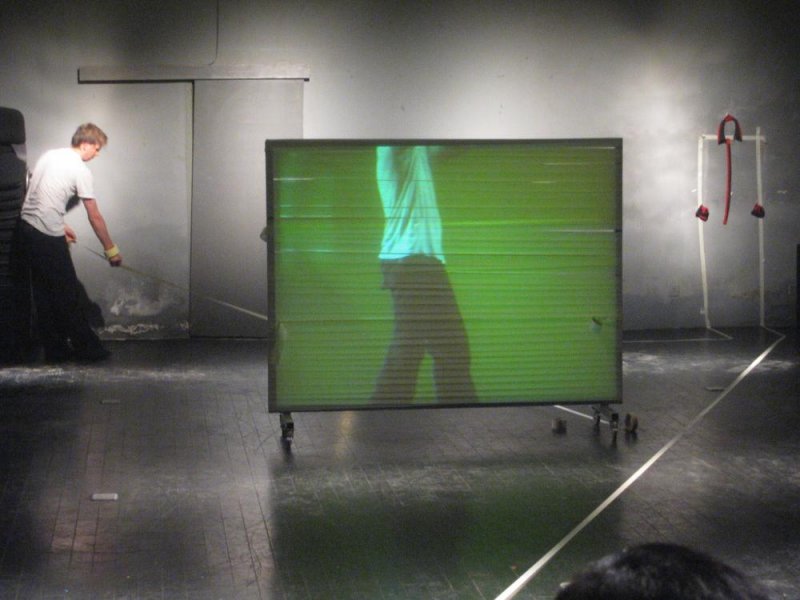