With nothing's for something Heine Avdal and Yukiko Shinozaki made a return to the theatre. Having focused primarily on space and the relationship between performers and spectators in their previous works, in this project their aim is to once again explore body and choreography. Their interest in movement is however not limited to the dancer’s body but is also opened up to other elements of the performance, including objects, drawings, sound, light, and scenography. By breaking down the hierarchies between elements and exploring the “affects” that exist between the body and what surrounds it, for instance, a new kind of movement appears.

Starting from the theatre space as an empty “non-space,” the artists examine how a place may become fluid, how it may mutate, or separate into different spaces. When a given situation transforms, how do new possibilities develop and other dimensions open? nothing's for something is about such transitions. It is a voyage from one “state of being” to another, during which objects melt into bodies, drawings fade into sound, sound vibrates into new material forms or into strange creatures, ... The entire space becomes part of one large movement.

nothing’s for something is therefore also a questioning of their own assumptions, of the ‘originality’ -if it actually exists- of their own motives. With Paul Klee, who danced while he painted, Rainer Maria Rilke, the perfectionist of form and method and Georges Perec, the master of stories of everyday life, as sources of inspiration, nothing’s for something wants to make visible what is hidden and expose the reality behind the visible world. 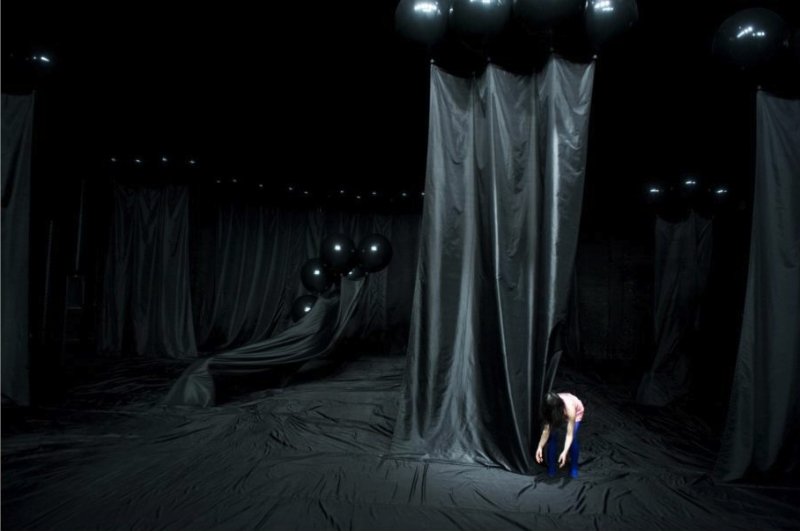